Enjoy a later start to your day with a relaxed experience of the Great Barrier Reef with a snorkelling and sailing tour to Low Isles. Explore the island during the quiet time of day with a guided snorkel tour by a marine biologist, over the beautiful coral gardens and swim with turtles in their natural habitat. Continue to enjoy your afternoon on the glass bottom boat with an interesting reef talk by our skipper and join our experienced guide to explore the history and nature of Low Isles with an Island Heritage Walk. We serve a delicious light lunch, afternoon tea and a selection of canapés. Beverages are also included to top off the day and provide 1st class service. As the sun sets, take in the thrill of pure sailing on Sailaway, a luxury Lagoon 500 sailing catamaran, with ambient music and spectacular mountain views of the Daintree Rainforest. Being a private charter, this tour is suitable for all ages, ideal for small groups of family and friends wanting a special and memorable experience of the Great Barrier Reef. 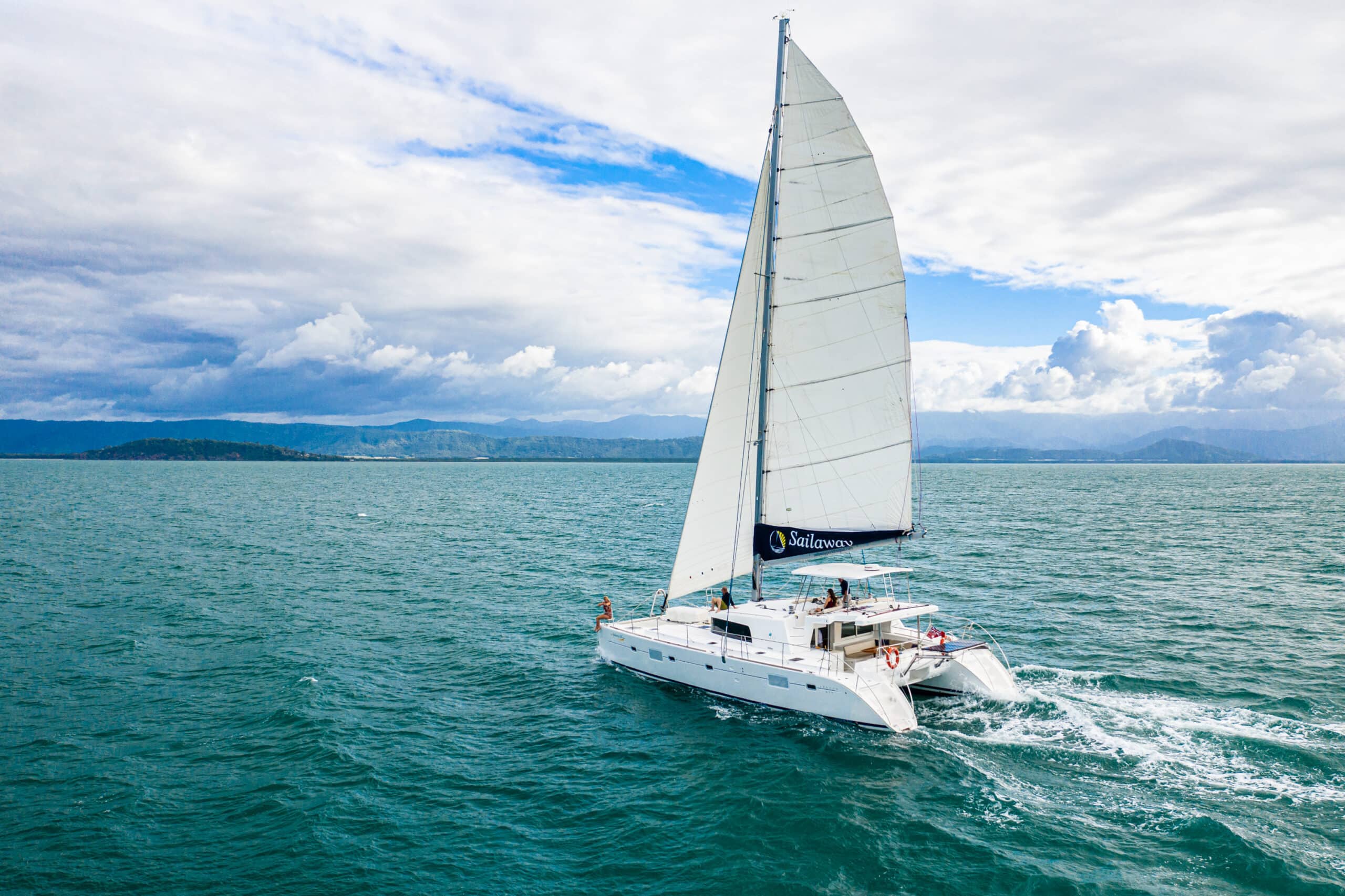 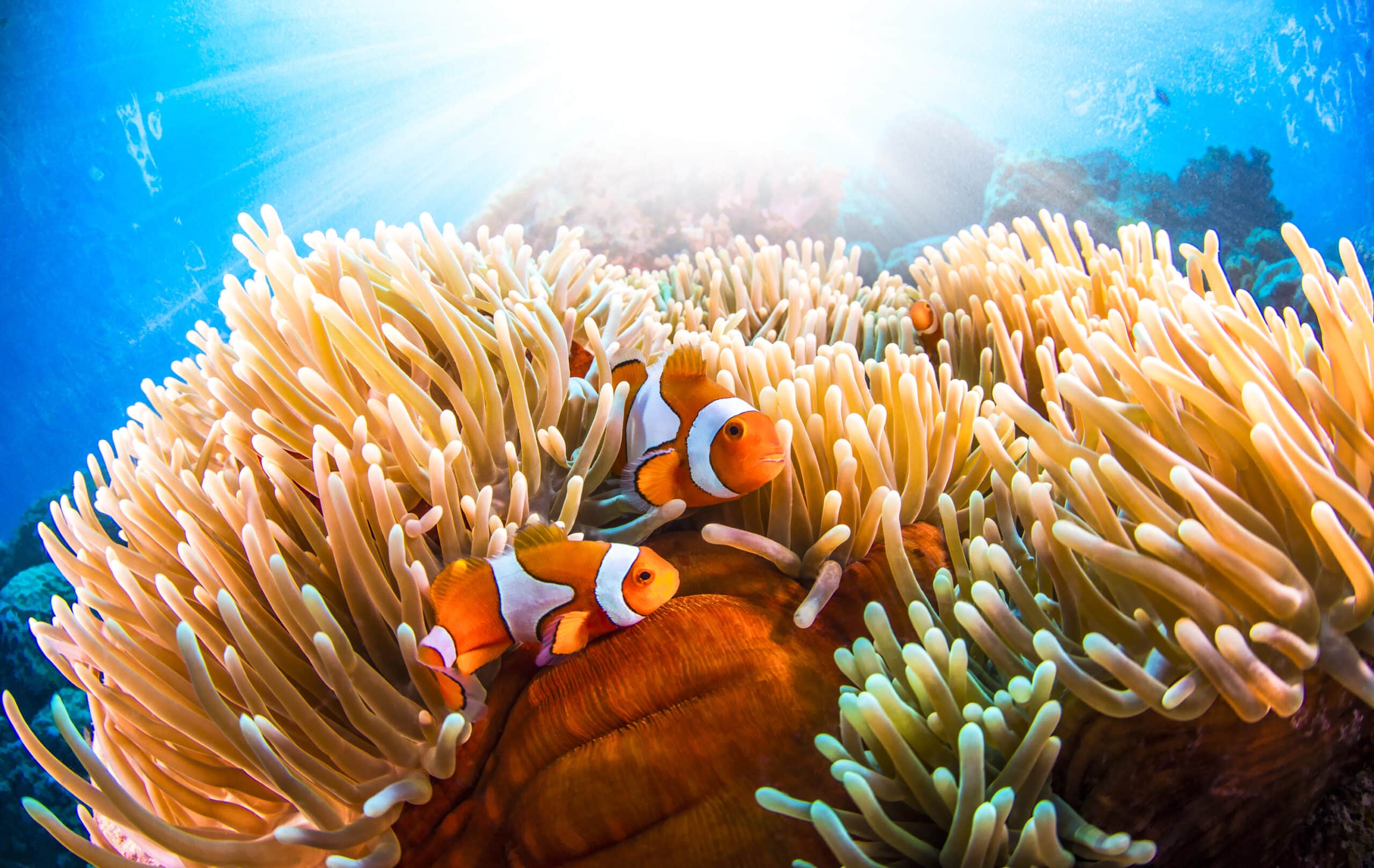 The reef around Low Isles comprises of 150 species of hard corals and is dominated by 15 species of soft corals. Living amongst the corals in the blue lagoon are a large variety of reef fish including angelfish, damselfish, anemones, giant trevally, sweetlip, fusiliers and many green turtles are sighted daily.

This beautiful island is steeped in history. The lighthouse was built in 1878 and was staffed by lighthouse keepers until it became automated in 1993. Weather data has been collected on the island since 1887 and scientific associations date back to 1928 when it was the base for a yearlong scientific survey which studied the structure and ecology of the surrounding reef.

Sail on our beautiful Lagoon 500 sailing catamarans, which take only one hour to sail to Low Isles. There is plenty of room to laze on deck and soak up the sun, or sit on the flybridge and chat to the skipper. These vessels are high performance sailing vessels and move smoothly and comfortably across the ocean, offering our guests a unique Great Barrier Reef experience in a sustainable and environmentally friendly way. 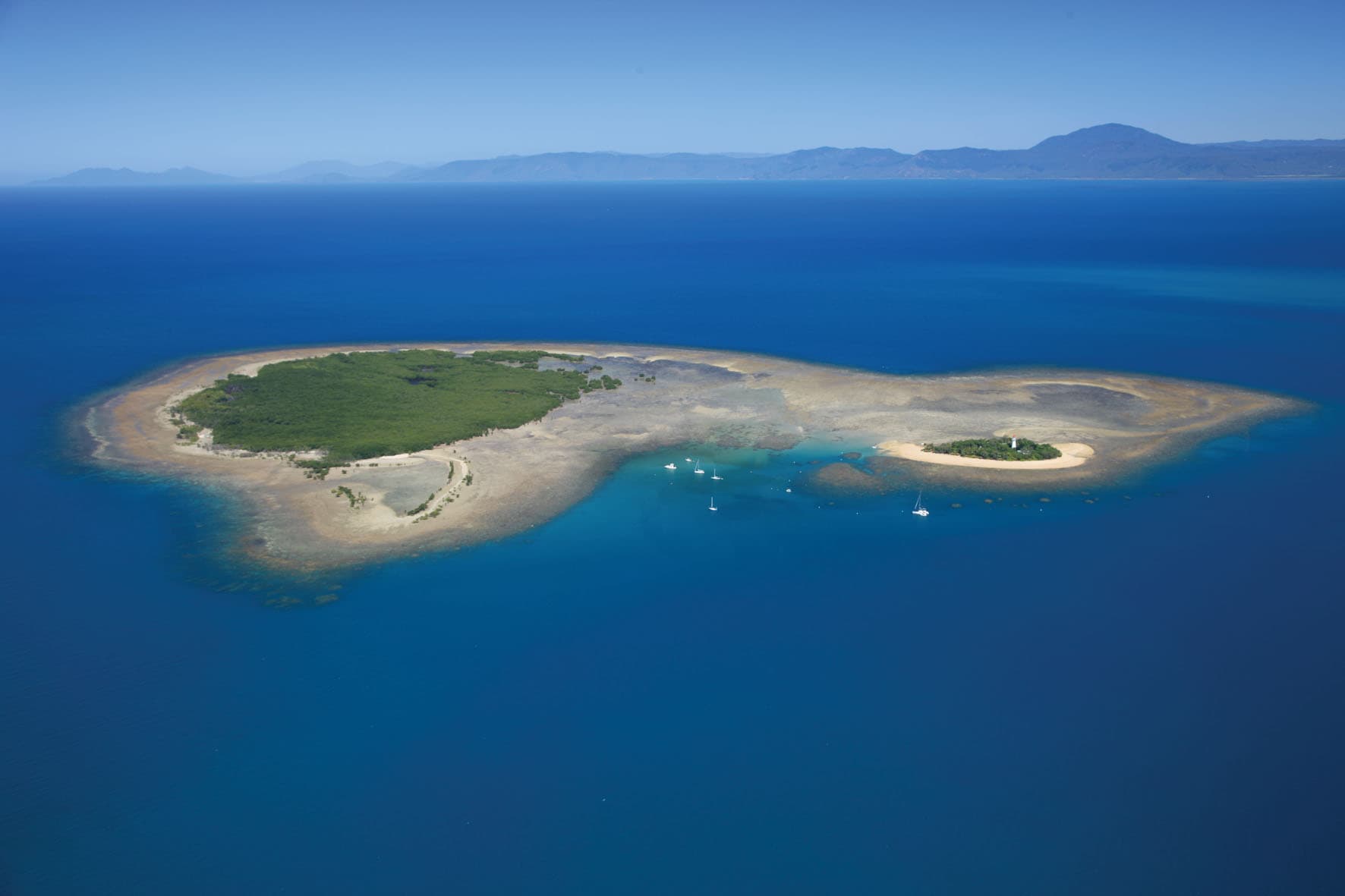 * Environment Management Charges: $7.00 per person. Applicable for travel from 01 July 2023

Included in your Private Charter

This is an adventure tour suitable for travellers with good mobility. To participate in snorkelling you must be confident in the water with good swimming ability, as snorkelling can be a strenuous activity.

Canapés served prior to departure from the island

Supplied by On Deck Catering

Add these luxury upgrades to your online booking and experience the best of Sailaway's service. 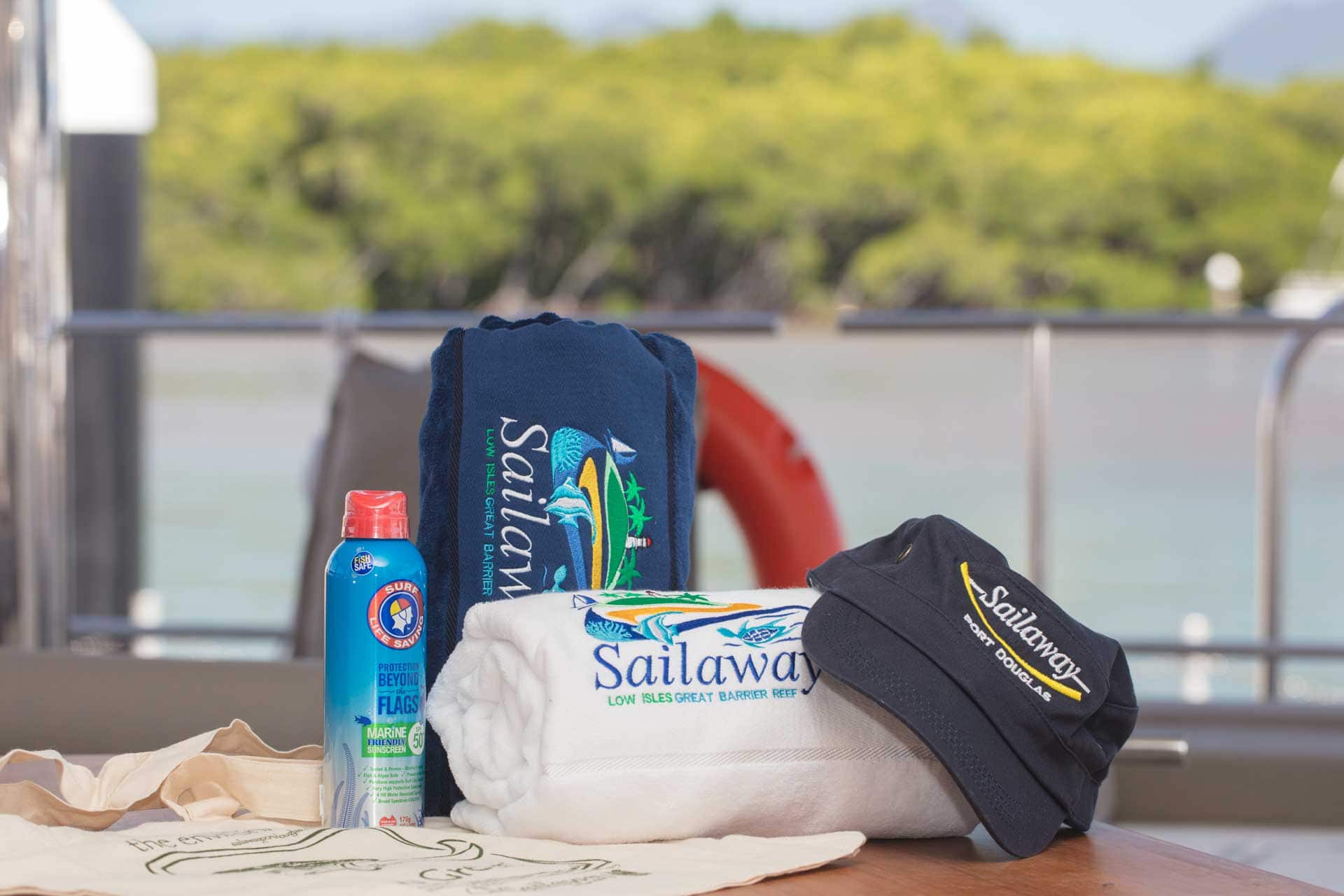 Enjoy a perfect souvenir of your time in the tropical sun with a quality embroidered Sailaway beach towel (navy or white) and sun hat, reef friendly sunscreen and re-useable calico beach bag. Presented at time of check-in to use and keep.

Celebrating a special occasion with family & friends? Treat yourself to a chilled bottle of French Champagne, Moët & Chandon (750mL). A perfect way to enjoy a memorable moment sailing over the Coral Sea. Served to you onboard the luxury catamaran with ice bucket and champagne flutes. 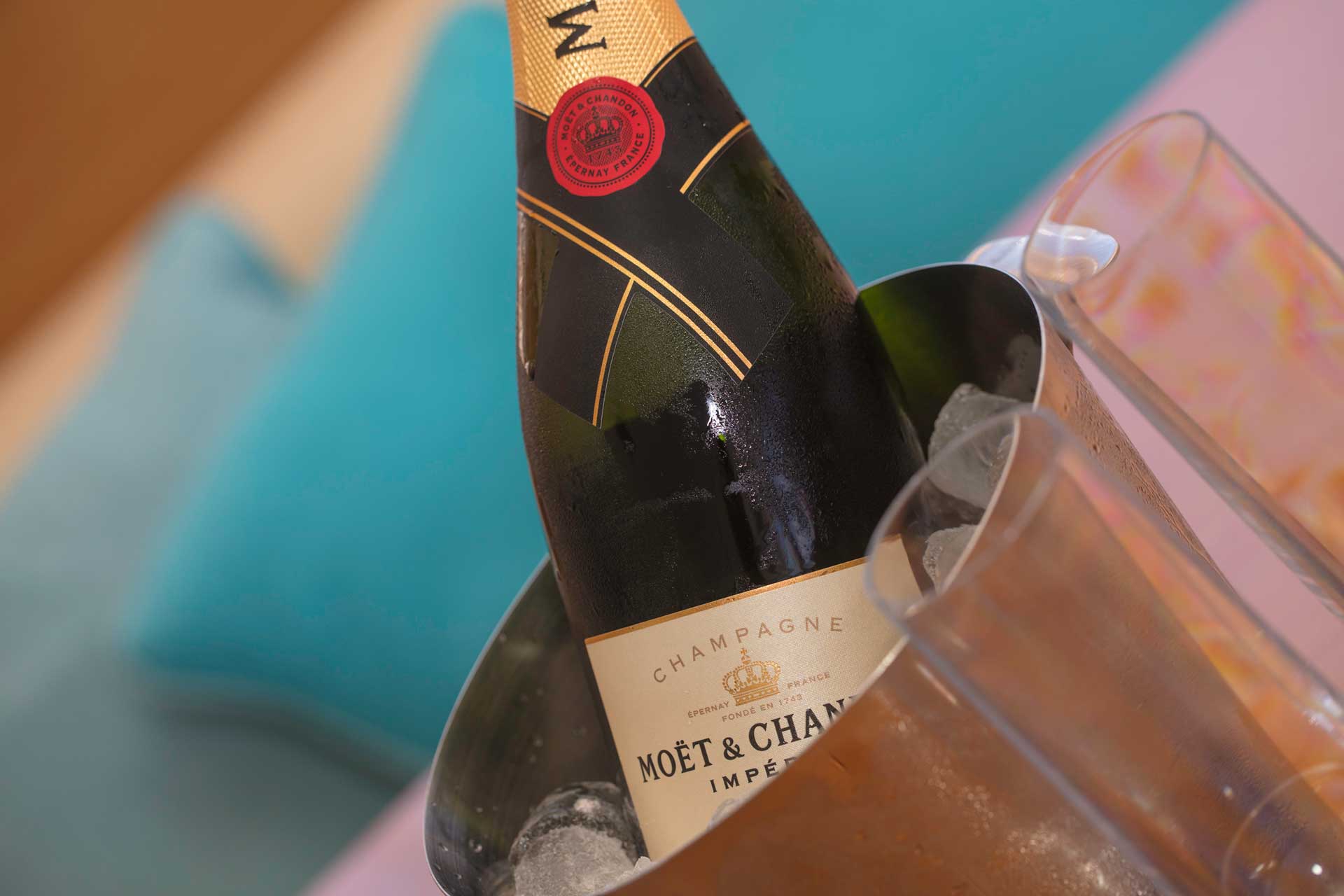 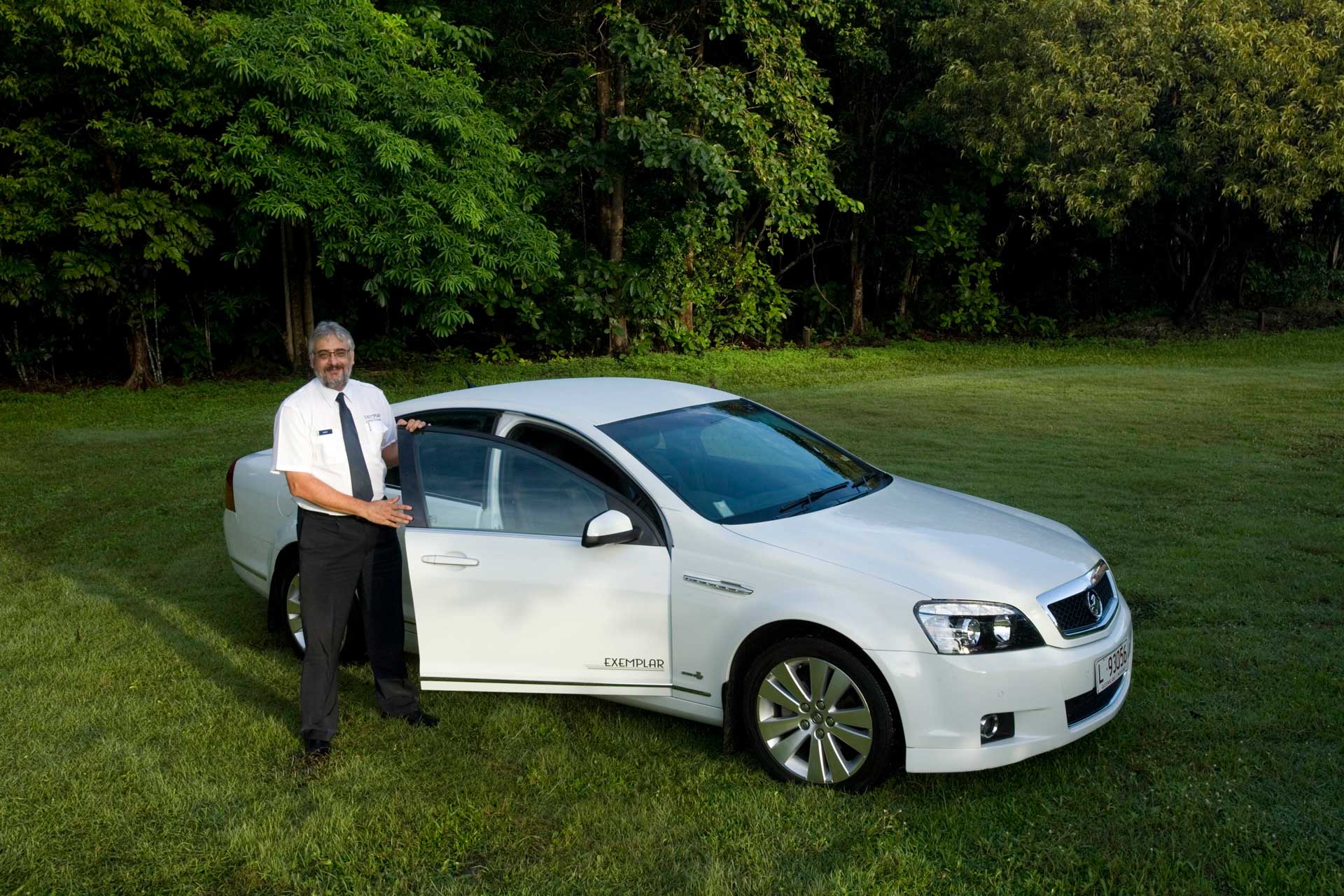 Treat yourself to a private chauffeur return transfer, personally escorted from your accommodation to the Crystalbrook Superyacht Marina and Sailaway. 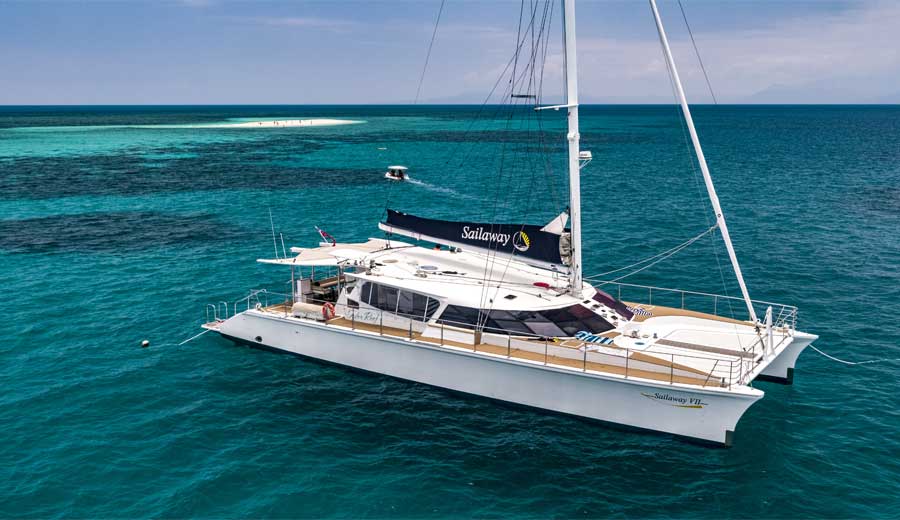 Sailaway is the only operator from Port Douglas who has access to visit Mackay Coral Cays. This exclusivity means we have the area to ourselves to explore without restrictions. 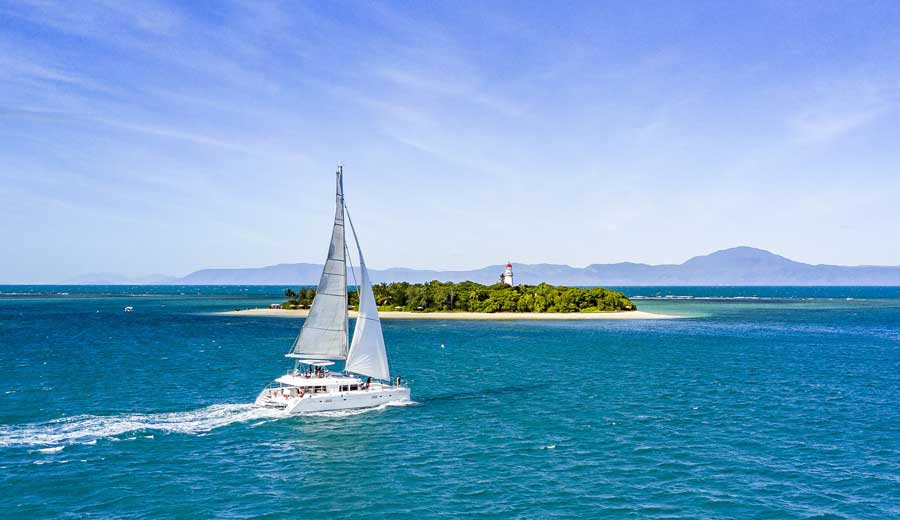 Low Isles is an idyllic Coral Cay island. The reef around Low Isles comprises 150 species of hard corals and is dominated by 15 species of soft corals.

Guests of Sailaway have the opportunity to snorkel in the lagoon of the island with our marine biologist, offering an interesting and informative tour. 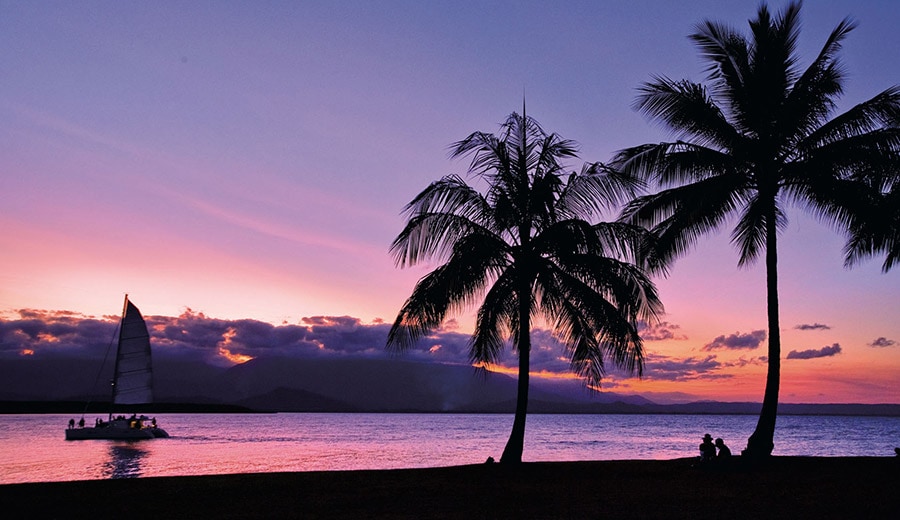 Enjoy the thrill of pure sailing. A must do when visiting Port Douglas is to relax with an exhilarating cruise on board this first class sailing catamaran.

Soak up the peace and tranquillity of a tropical sunset over the Coral Sea as you sail along the coast off Far North Queensland.